Rajesh Balasubramanian is an Electrical Engineer from IIT, Madras, Class of 2001 and completed his PGDM from IIM Bangalore in 2003. He runs 2IIM's CAT program and handles more than half the classes for CAT preparation at Chennai. He insists on handling the critical topics - Number Theory, Geometry, Permutation and Combinations for all batches. He also runs workshops on the key topics and on test-taking strategies in October every year.

Rajesh builds all the content for 2IIM - class sheets, practice exams, study material, online mock CATs, etc. He designs the pedagogy and trains the teachers at 2IIM as well. As the person responsible for content generation, he greatly values the experience of taking CAT and has taken it every year since 2010.

Baskar founded 2IIM and continues to head the parent company. He is a Mechanical Engineer from College of Engineering, Guindy, Class of 1991 and completed his PGDM from IIM Calcutta in 1994.

Post his Mechanical Engineering, Baskar joined the venerable Larsen and Toubro in Mumbai. Once in the job, he realized that for all its strengths, L&T was going to be a tough place to make a mark and threw everything into his CAT preparation. He cracked CAT 1991 and joined IIM Calcutta. Upon completing his PGDM from IIM-C, Baskar spent two years at Kotak Mahindra Finance living it up in an Investment Banking career. He soon got bored, and decided to take up the entrepreneurial route.

He started a number of ventures, with the most notable being a CAT coaching institute in Pune, a medical transcription company in Madurai and then a dotcom Company in Chennai (He has seen it all).

Among all this, the dotcom company is really the one that got away (the other two have helped in laying the foundation for future successes). He started the Company pre-boom, managed to keep external funding at bay for a short while; then finally consented to having investors bring in funds into the firm. As luck would have it, just as investors were preparing to go headlong, the dotcom bust happened, and things ground to a halt.

In many ways, this was a good result. If he had become one of those heady dotcom start-up success stories, 2IIM would never have happened. In hindsight, it is great for the rest of the world that the bust happened when it did. And knowing Baskar, I think he would have never been able to live it down if the bust had happened after he had collected his gazillions.

In any event, Baskar started Ascent Education in 2001. Ascent Education has been training students for the CAT exam ever since (although Baskar's teaching experience predates this). The brand 2IIM came into being a few years later. In the first few years, it was practically a one-man show, with Baskar the counselor, marketer, teacher, web-developer doing everything. Slowly, Ascent Education expanded, the company now has spread to two centers in Chennai, across five product categories.

Baskar has taken CAT more than 10 times and cracked it a number of times. He is probably one of the most experienced trainers in the country. In spite of all this experience, he retains his curiosity and his desire to spend maximum time with students. He probably clocks in the maximum hours in classrooms at Ascent Education even in 2020. In every calendar year since 2001, Baskar has spent at least 500 hours in classroom training students for aptitude-based examinations.

He has coached many of the faculty members at 2IIM and therefore has the license to take many liberties with them. I (Rajesh Balasubramanian) joined as 2IIM's first part-time faculty in 2003, and have learnt a lot about teaching from Baskar ever since.

Bharathwaj is a Mechanical engineer from St.Peters Engineering College. After working as a design engineer in Research & Development of Commercial Vehicle Brakes for 4 years, he decided that he had enough of the corporate sector and joined the Marketing and Sales Department in an EdTech startup (2IIM). Luckily for 2IIM, he is also a great teacher !! He takes Quants, Verbal and Logical Reasoning Classes for TANCET, CAT, XAT, and GMAT whenever he gets a chance. He went on to do his MBA from IIT Madras, batch of 2016-2018 and came back to join us post MBA and currently runs Operations, Media, Marketing & Sales.

Although he started out as a Quants Faculty, he is quickly making inroads as a Verbal Faculty. His reading list, dubbed "Bharath's Reading List for CAT" is a huge hit among CAT aspirants.

Ranjeetha is an engineer from SRM Engineering College - Class of 2001. Post 2 years in the Software industry, Ranjeetha completed her MBA from Great Lakes, Chennai in 2005 (the first batch at Great Lakes, Chennai). She worked for a few years in London as a pre-sales manager at assorted Tech Companies. Fortunately for us, she returned to Chennai soon after and decided to stay away from the Corporate Sector. When we see a decent teacher, we do our bit to force them to handle batches for us. Ranjeetha handles verbal reasoning.

Srivatsan is an Engineer from St. Peters College of Engineering; he completed his PGDM from NITIE after his engineering. He is a very enthusiastic problem solver and has been keen on solving non-routine problems right from his school days in the mid 90s. Rajesh and Srivatsan were classmates in school competing against each other in Math Olympiads and so have a very good rapport.

Venkatesh completed his engineering from Bharath University, and went on to pursue his MBA from XIMB. He has been working with Cognizant for the past several years, although his preferred avocation is to teach for 2IIM. He is well known in quizzing circles for his knowledge of abstruse topics.

Arvind is a Computer Science Engineer from Shiv Nadar University, Greater Noida. He handles Quants, Data Interpretation and Logical Reasoning classes for CAT and has been taking classes for the past 4 years. He likes solving all kind of Math questions and puzzles (well almost all :)) and firmly believes that Maths if learnt well can be fun.

About Us | 2IIM CAT Online Coaching

2IIM coaches students for taking up the CAT, to pursue post-graduation in Management within India. We offer the following options for a student looking to prepare for the CAT:

1. Online CAT Coaching - A CAT online coaching course with videos, quizzes, practice tests, and slideshows, built to teach every aspect of the CAT Syllabus from scratch, all the way up to CAT Level.
2. CAT Coaching in Chennai - Our CAT classroom program at Chennai is conducted with small batch sizes.
3. CAT Study Material - Our printed study material, that covers the CAT Syllabus, and provides plenty of practice questions.
4. Online Mock CAT Series - 2IIM's series of Mock CATs, that mimic the CAT to give students a good idea on what to expect from the actual CAT.

2IIM has a distinct Teaching Philosophy, built on the belief that the fundamentals are very vital and everything can be learnt well if the basics are learnt thoroughly.

We place very high value on building the thought process, and spend an inordinate time in classroom trying to build this. Rule-based learning gives one an illusion of having covered a lot of ground, but is not sufficient for cracking CAT. 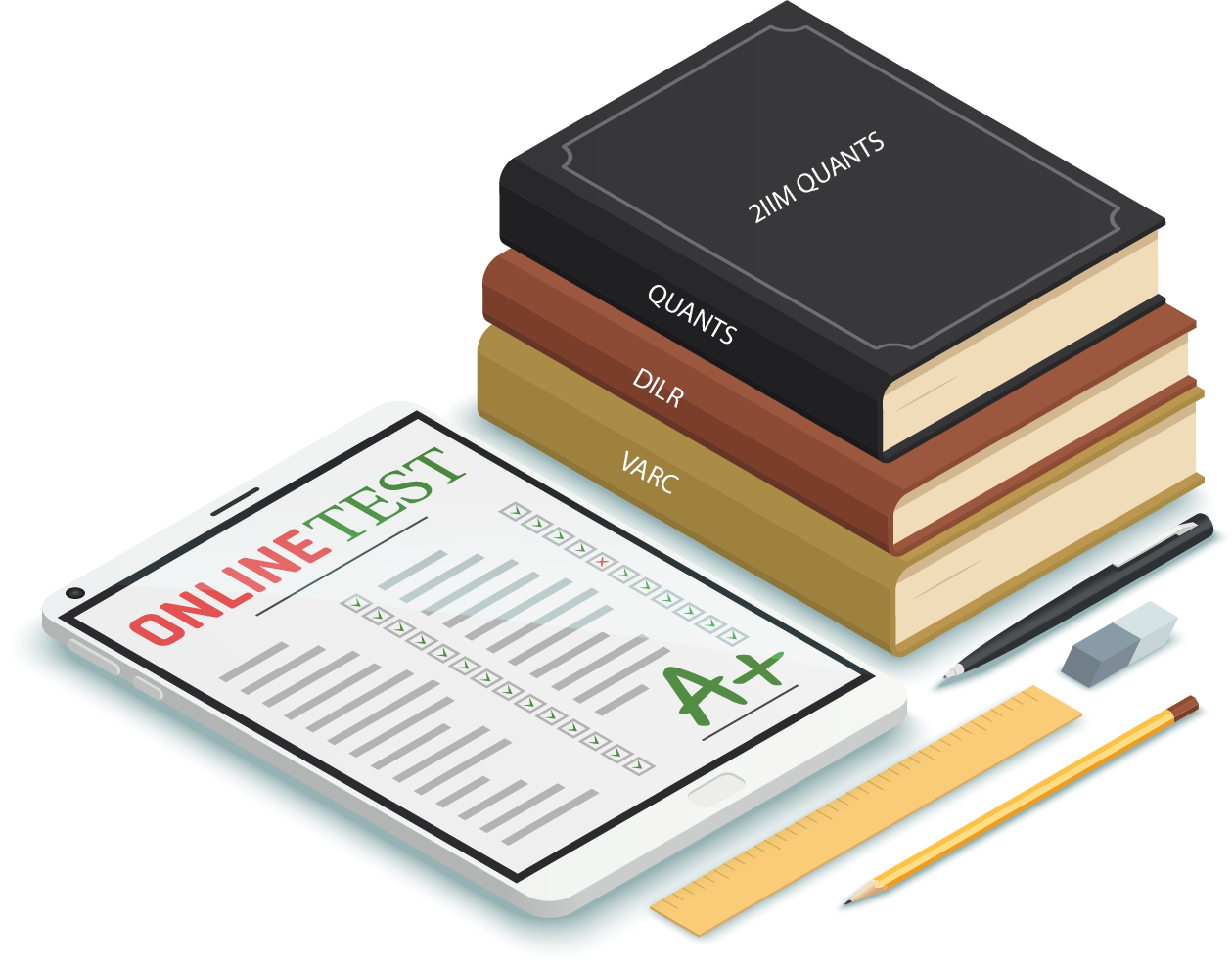 The People of 2IIM 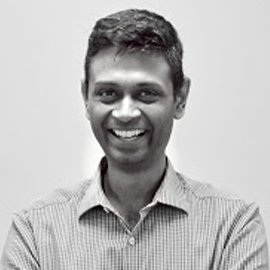 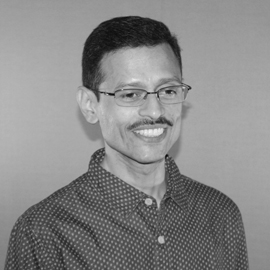 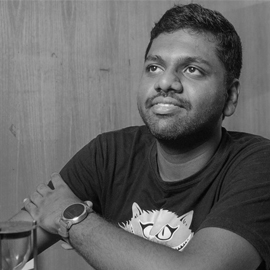 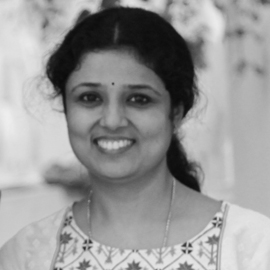 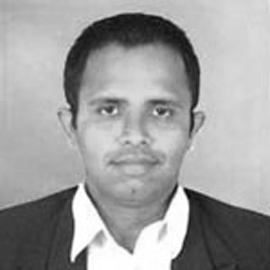 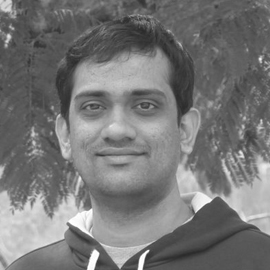 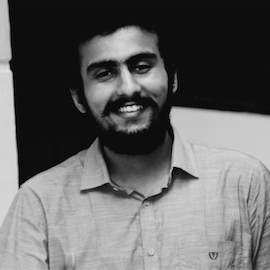